He creates sound-rich documentaries and podcast series for BBC (Radio 4, Radio 3, World Service) plus many other platforms and broadcasters worldwide.
He has produced audio installations and site-specific soundscapes for major exhibitions at the Science Museum (London) and the Foundling Museum, as well as sound design projects for The Royal Parks, BBC Studios, Resonance FM, Radiophrenia and others.
His pioneering work with National Prison Radio has led to funded research in criminal justice settings across Europe, and in 2022 ‘Doing Bird’ – a unique collaboration with HMP Perth, the Scottish Ornithologists’ Club and the National Library of Scotland, responding creatively to archive birdsong recordings. Steve lives in Glasgow.

For several years I worked with National Prison Radio. We received hundreds of letters from inmates at Portland’s prisons – I was intrigued by this mysterious place. Now I want to explore, through sound recordings, the vivid realities of being held in prison on Portland

One in twelve people living on Portland are being held in custody. From their perspective, what does the island sound like? Step inside a structure beside a prison wall, to hear what they hear.

Much of Steve’s career has been spent working and recording in UK jails –  for b-side 2022 listeners are invited to focus on the realities, energies, education, commotion, isolation, ambience, and silence within the island’s prison walls.

b-side 2022 festival-goers are offered a unique opportunity to engage with a deep listening soundscape, recorded by prisoners inside the cells, landings, common areas and exercise yards of the island’s secure estate.

The Isle of Portland has housed prisoners for 175 years. Convicts at Portland Prison were tasked with constructing the 19th century citadel that has now become their neighbouring prison, HMP The Verne.

This site-specific audio work is installed right next to Portland Prison, in The Old Engine Shed, which relied historically on convict labour. Now a disused Grade II Listed building, the shed was created in the mid-1800s to house locomotives serving the Admiralty Quarries, with prisoners laying down the railway tracks.

This revealing, uncompromising, multi-layered audio installation challenges the listener to reconsider their perceptions of sound, to reassess the purpose of detainment, and to confront notions of incarceration and liberation. 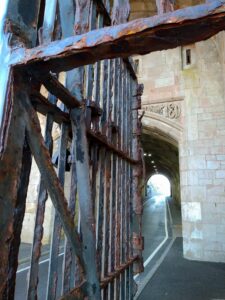 Steve Urquhart – much of whose career has been spent working and recording in UK... 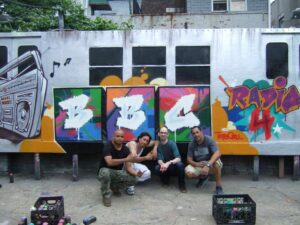 With regret we have had to postpone Steve's talk for the time being. We are mindful...