“Weather Station marks a new step towards an ecological rhetoric; one in which our tangential relationship to nature can be made visible.”

The Weather Station project was initiated in 2015 as a mobile pavilion for the collection of images, objects and ideas. An artist-led response to flooding and extreme weather, exploring the changing relationship we have with landscape and the natural world. Cumulative rather than collaborative, the structure passes from one artist to the next, gathering traces of its journey through the streets, fields and rivers of South West England.

Weather Station (Part I) charted a journey through the flatlands of Somerset mapped onto the surface of the Weather Station. Documentation of the process was published in a 12 page newspaper and distributed during an exhibition at the OSR Project Space in June 2015.

As part of the b-side festival 2016 Weather Station (Part II) will bring together work by artists Laurie Lax, Laura Hopes, James Hankey, Nicola Kerslake, Phil Smith, Stair/Slide/Space, Jethro Brice, Simon Lee Dicker, Alexander Stevenson and Elaine Fisher (+ special guests). The exhibition will include new and existing work from all the participating artists alongside their responses to the Weather Station structure.

Weather Station is produced by OSR Projects – artist-led projects that place people at the centre of artistic activity. 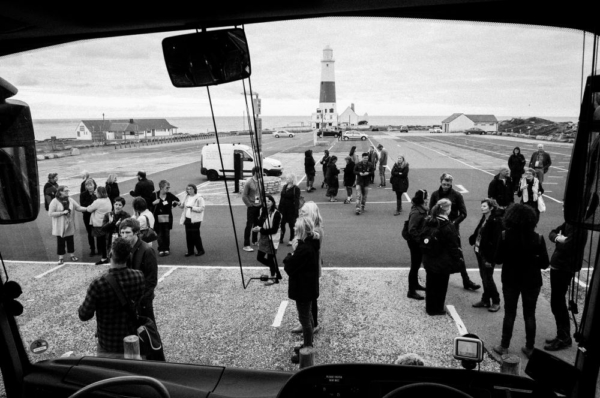 The Crucible - a gathering for artists, curators & producers

The Crucible, is an opportunity for creative practitioners to come together for a day of...

A giant inflatable ball becomes the Weather Station, a mobile pavilion for the collection of...