Dan is a multi-awarding winner director, designer and audio/visual specialist working with various companies from all over the UK. During the last eight years he has worked on a series of five-star and sell-out shows that toured across the UK and overseas, including winning the 2007 Total Theatre Wildcard Award and a 2010 Fringe First Award. His work has been described in The Stage as “one of the most original examples of theatre around”. He has a burgeoning reputation and regularly collaborates with Icon, B-Arts and Kinetica, building audio/visual content for touring theatre and large-scale outdoor events.

As part of The History, Myths and Legends of Church Ope Cove project in partnership with Portland Museum, Dan and Guildhall School video designers will be responding to community-produced research to create a stunning, bespoke video animation to be projected onto a landmark close by the museum and inside the museum itself. Accompanied by sound, the video will dramatically bring the architecture of the buildings to life by using a projection mapping technique designed to enhance and highlight the buildings’ individual characteristics. And, with the featured research areas of the project covering such stirring subjects as smuggling, secret tunnels, Viking invasions, and landslides, visitors can expect to see a spectacular and dynamic slice of history reworked in an extraordinary fashion. 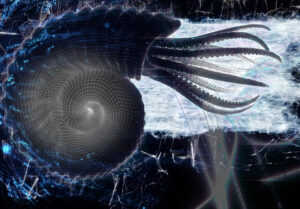 Of Sea and Stone

Of Sea & Stone is a 10-minute projection lightshow, set to music and presented on... 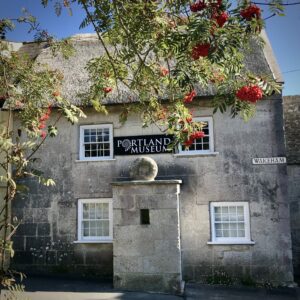 Of Sea and Stone Indoor Projection

A new animation projection in Portland Museum inspired by a community-led research project A new...

Relaxed Viewing of Sea and Stone

Of Sea & Stone is a 10-minute projection lightshow, set to music and presented on...