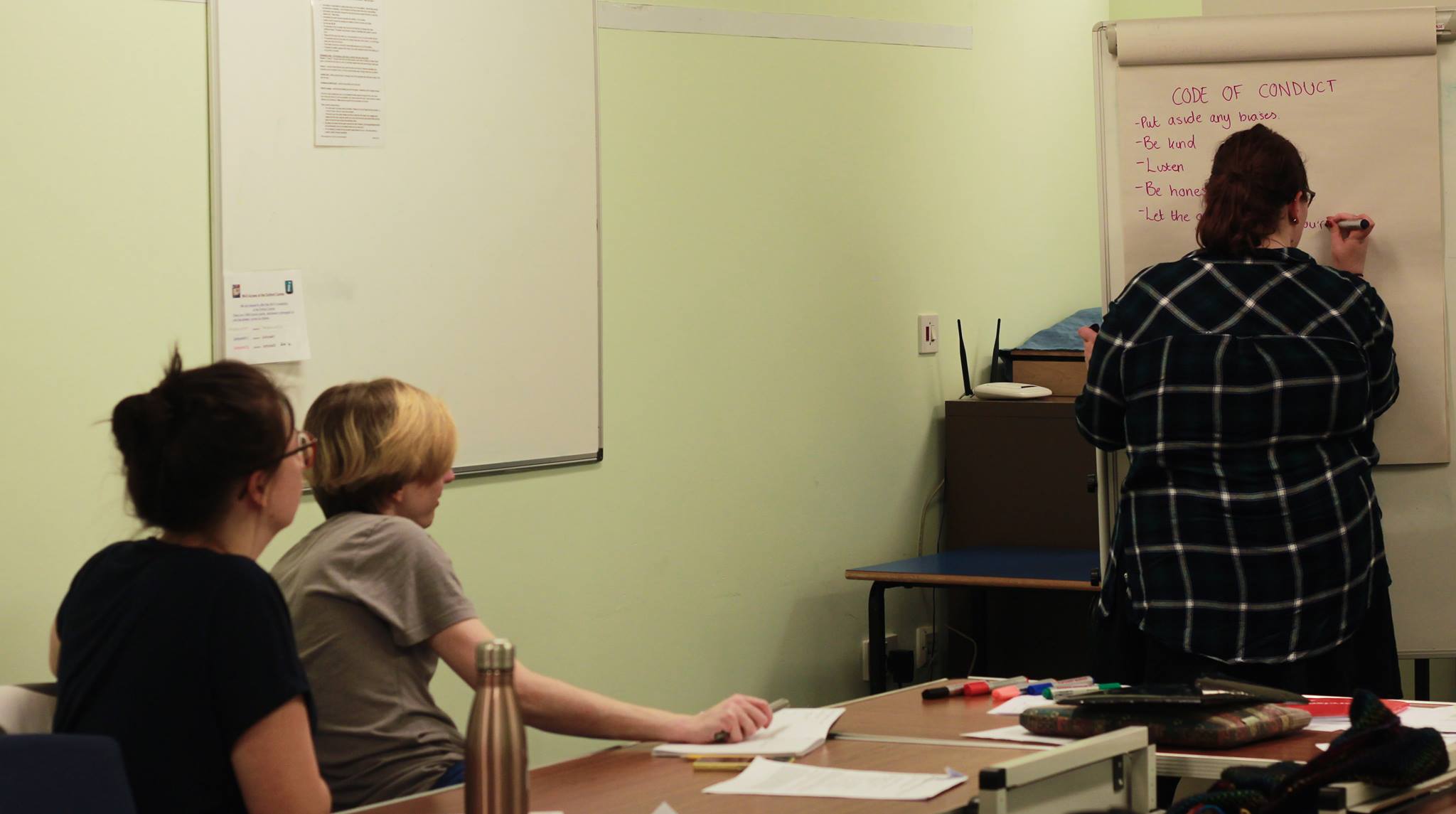 Introductions to the WHY? written by Finn McEvoy

We met for the second time, on a Thursday evening in Dorchester’s Dorford Centre. At this meeting, first we began to discuss possible partners for our WHY? Festival. There are so many fantastic organisations in Dorset and the surrounding areas that we can get involved with our festival. The range of art and theatre groups, universities, advocacy groups and other organisations offer a wealth of skills, and ideas that can enhance our Why? festival.

One artistic form we are enthusiastic to incorporate is Forum Theatre. Forum theatre, the ‘theatre of the oppressed’ is a type of theatre created by the Brazilian Practitioner Augusto Boal. In forum theatre, a piece is created showing oppression the audience may have faced or witnessed, the audience can then stop the performance and suggest a new course. We discussed how forum theatre would be a great tool to get people to consider the oppression around them: what violates their rights and what can be done about it. This focus on oppression and Forum Theatre’s power to bring about change make it so very relevant to the WHY? festival.

Another focus of this meeting was on how we can enhance our own skills through the [INTRANSIT] process. In preparation for the meeting, we had thought about this in five main categories: working with young people, production, marketing, budget and outreach/advocacy.

The WHY? Festival is, of course, a festival for young people so being able to confidently work with young people is vital. Whilst most of us thought we were great working with older young people, an area of focus is working with younger children. We decide it was important for us all to lead some part of the production process and to approach the production process with effective organisation and structure. We thought especially about leading in areas we are perhaps initially weaker in.

There is so much poor arts marketing in the world: vague adverts, ugly designs and a tendency to rely on a never ending sea of posters. This is something we all emphatically all agreed to avoid. The marketing for the WHY? should be a great catalyst to bring young people in who are not typically involved.

With such a big and exciting project, there is of course the big (but not necessarily exciting) task of budgeting. This was however an area which we were all, perhaps surprisingly, enthusiastic to get involved in. Learning accounting skills, along with how to get the best deals and making contingency plans are some of the things we want to get involved with.

To create a festival like this we need to understand what has been done in the past, so we began to look over some of the programmes of previous WHY? Festivals. One thing we liked was the inclusion of a segment titled just ‘SPACE’ in one programme, a chance for people to just enjoy a cup of tea and talk to the practitioners involved with the festival.  We were also impressed by the range of interesting discussions and talks on issues such as gender, protest music and empowerment through art and sports.

We concluded the meetings with our code of conduct and contracts. With the signing (5 times) of a contract, everything feels very real. The next few weeks are now about getting together some initial plan, visiting venues and contacting potential partners.