Variable 4 is an outdoor landscape sound work composed for remote and exposed locations which translates weather conditions into musical patterns in real time. Using meteorological sensors connected to a custom software environment, the weather itself acts as conductor, navigating through a map of 24 specifically-written movements.

Every aspect of the piece, from broad harmonic progressions down to individual notes and timbres, is influenced by changes in the environment: wind speed, rainfall, solar radiation, humidity, tropospheric variance, temperature, and more.

“We’re very excited to be bringing Variable 4 to the island of Portland, after all these months of researching, planning and writing and recording scores and sounds on our trips to the island. The work will take the form of an 8-channel landscape sound installation conducted in real-time by the swirling microclimates down on the end of the Bill – a truly beautiful location.

Each movement of the twenty four that we are composing specifically for the Portland installation will be linked to different weather conditions and will musically portray different aspects of the surrounding landscape and the cultural histories of the site itself. As the second-by-second weather changes, so will the composition, emanating from across the scattered quarry remnants of Portland stone, overlooking the sea. “

James Bulley and Daniel Jones are an artist duo whose collaborative practice explores the boundaries of sound art, music, and process-based composition. Their work draws on systems and patterns from the world around us as a way of organising sound, creating a reciprocal relationship between the two: using sound as a way to illuminate our understanding of the world, and using natural processes as a way to deepen our approaches to musical composition.

Other major works include Radio Reconstructions (2012), which creates a live composition from real-time FM radio broadcasts, heard through an array of vintage radios;  Maelstrom (2011-), which transforms user-contributed internet audio into a distributed, virtual orchestra. Their work has been shown at venues including the Barbican, the Museum of Science and Industry, Aldeburgh Music, the National Theatre, the Science Museum, the Queen Elizabeth Hall, the Design Museum, and the Santa Fe Complex. 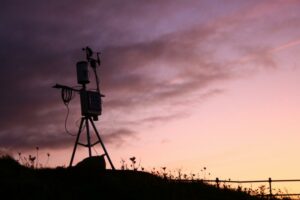 As daylight fades into night and the visual stimuli of the world blur into monochrome,... 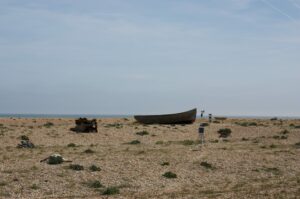 Variable 4 is an outdoor landscape sound work composed for remote and exposed locations which... 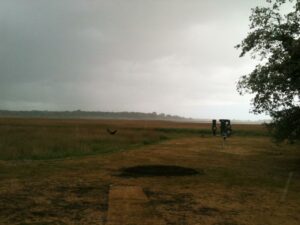 In the Field features Artists Duncan Whitley, Daniel Jones and James Bulley in conversation with each other and...